Training and Pruning Vines and Climbers

Professional Pruning Service for your Vines and Climbers

Without regular pruning, training and support, all popular vines and climbers will soon grow out of control, degenerating into a tangled mass of foliage on the ground and potentially damaging brickwork, compromising wooden frames and doors and lifting roof tiles, making the property prone to internal flooding. Left unchecked, climbers will also prevent the healthily growth of other garden plants. 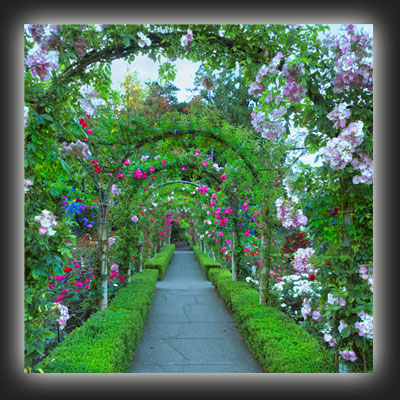 We are most frequently called in to treat Wisterias, Clematis and climbing rose plants as well as being asked to prune and remove Ivy.

Reasons for Pruning include

Different pruning techniques are used according to the plant species. Normally, the best time to prune or trim vines and climbing plants depends on when the plant flowers. Plants which flower in the spring are pruned when straight after flowering has finished. Other types are plants need to pruned in their dormant season. Twining vines tend to grow from upper buds and shoots leading to leafless lower regions. This can be corrected by pruning which will promote growth through out the lower regions.

If you hare having problems with your vines and climbers, give us a call. You will find our professional team friendly and helpful and our existing customers absolutely love us. You will also find that our prices for professionally pruning and training you climbing plants are amongst the cheapest and best in London.

Left to it's own devices wisteria will eventually become a mass of entangled branches producing very few flowers. Regular pruning will produce a flourish plant leaden with beautiful profuse flowers.

Heavy pruning during the dormant season should be avoided. Pruning during late summer and early autumn will produce the best results in terms of flower development. Pruning involves reducing the length of spur bearing shoots by 50% or more, leaving half a dozen nodes intact.

This will result in attractive short flowering spurs during the following years growth. Vigorous shoots on the plant may be completely pruned away or trained to fill any empty spaces.

Freshly planted clematis climbers need to be pruned back to the lowest set of strong buds in order for the plant to flourish.

Further pruning depends on the particular species of clematis. Clematis that flower on the current seasons wood require severe pruning in early spring in order to produce a flourishing plant in the summer.

Clematis species that flower on one year old wood will need pruning as soon as flowering has finished. Clematis vines in excess of 5 years old may also require severe in order to promote new growth. As with any plants, a good feed using granular fertiliser is an excellent idea. We recommend rose food for this purpose.

Pruning techniques for roses depend on which species classification they belong to - climbing or ramblers. Climbing roses tend to flower repeatedly throughout the summer whereas rambling roses will only flower once, typically in June. Climbing roses tend to flower on the current seasons growth. In general, the growth is not vigorous and will normally require minimal pruning. Horizontally trained canes will produce more flowers than vertically trained canes. Ramblers should be pruned pruned around late summer after they have finished flowering. Cut our all dead, dying and weak plant growth. Ensure that dead stumps are cut out to prevent the spread of disease. Side roots need to be shortened and tips cut back by one third to encourage the formation of new branches.